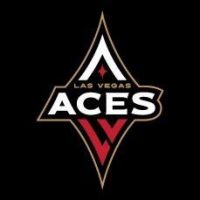 The Aces have now won two in a row, and four of their last five games. This afternoon they hosted The Chicago Sky for a rare day game at the Mandalay Bay Events Center. Las Vegas got off to a great start, but never fully had control throughout the game. But they did play well and the teamwork was there as they pulled away in the last two minutes to finish with a 90-82 victory.

The Aces mostly shot well but never lead by more than a few points until the end. Five players scored double digits, including Dearica Hamby off the bench with 14. No one contributes more consistently off the bench than Hamby! The backcourt finally provided some much-needed support in the win. Both Kelsey Plum and Jackie Young are getting back into the swing of things, which will be very useful assuming The Aces make the playoffs. It’s still early but with wins in four of their last five games, the emergence of the backcourt, and the team starting to truly gel together, The Aces are looking like they could make a big run en route to the playoffs, and maybe more!

Las Vegas Aces will take on The Washington Mystics this Friday. Tip-off is 7:30 pm. You can listen starting with the 7 pm pregame show on your Home for Aces Basketball, ESPN Las Vegas, or streaming live at LVSportsNetwork.com.