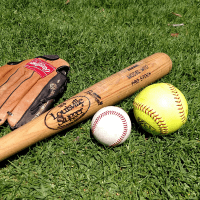 So, last I wrote, I went WAAAY over the amount of words I was supposed to use and I still got a few things to spit out. So, I’m just gonna ramble for a bit on a few topics. No real theme this time, just a bunch of stuff bouncing around in my twisted little dome…relating to baseball, of course. Ready??

First up, the MLB ALL STAR GAME

Yeah, I watched it. The whole damn thing. That god awful pregame show that just wouldn’t end. The cheesy references to the Rock and Roll Hall Of Fame. (Seriously, was there NOTHING in Cleveland before 1997?? Didja REALLY have to beat that premise into the ground like a dead horse? Damn, dude….This is why I agree with Bill Hicks as far as marketing people…Google it.)

Traditionally, the MLB game is my favorite all star game, if there is such a thing. The NFL Pro Bowl is a case study in guys trying not to get hurt. The NBA All Star Weekend is a three ring circus, much more about marketing than the actual game (Which is a joke in and of itself..187-184 final scores?? C’mon now…) And the NHL game is decent, but I’m a baseball guy at heart. But you knew that already.

But, when you get past all the cheesiness and what not, I really do love the MLB All Star game. I think it comes from WAY back when I was like six or seven years old. See youngins, back then there was no cable, no satellite, no ESPN games every day. If you were a Red Sox fan in Boston and you wanted to watch an NL game, you were SOL. The only time you saw the National League players was the World Series (if you skipped school that day) or…the all star game! Okay, once a week you got the NBC Game of the Week on Saturdays with Curt Gowdy but that was usually an American League game for us in Boston. (And yeah, I’m THAT old) So, I think for me, some of that still comes out when they do the player announcements and all that…(sniffle)

I also gotta say, I kinda thought it was cool when they had the announcers talking to the players, like Freddie Freeman when he was up to bat. Hearing him talking bleep with Justin Verlander as Verlander K’s him. Talked a lot during strikes one and two, not so much after strike three. I just thought it was cool because it shows some humanity from the players, which is never a bad thing these days. Now, I do understand some people were not happy with this. Mostly guys who had action on the game. And I suppose I can see your point if you got a C-note on the AL and your whole outfield is having a conversation with Joe bleeping Buck..Yeah, I can see where you might be somewhat concerned. But, to you I say this…it’s a bleeping exhibition game!! For the love of God, get some help will ya? I know, it’s Vegas and people will bet on how long it takes for the light to change to red. I’ve lived here a hundred years, I get it. Just take it easy OK? Try to have some joy in your life once in a while. It’s healthy for you.

So, after all the pomp and circumstance, they got on to the game and it was an average game. Liked how they had a different pitcher every inning so you got to see Gerritt Cole against Bellinger and later, Berrios from the Twins against Bellinger. Nothing world shattering, just amusing. Final score American League over the National League 4-3 and a splendid time was guaranteed for all the advertisers and marketing folks who spent so much time and effort trying to get Mookie Betts to play the drums or getting Mike Trout to pretend to be a disc jockey. God help us all. (By the way, Fox Marketing people…turntables and reel to reel tapes haven’t been in a radio station since first term Bill Clinton, approximately 1994…you’re welcome) Next….

I was very sorry to hear about the passing of Angels pitcher Tyler Skaggs. I was even sorrier, however, to hear about members of the media speculating in public that his death MAY have been caused by drugs.

Pardon me if I go off on a rant for a second and I’m pretty sure they’re gonna make me change this but I really don’t give a bleep. Folks, let me tell you something. I might just be a 56 year old curmudgeon who’s completely lost the plot but I gotta tell you, when it gets to the point that I gotta give a lecture on being a decent human being then, quite frankly, you are all SCREWED!! No other way to say it, sorry not sorry. I mean seriously, what the hell is wrong with some of you people? When did we become a nation of 330 million little Gladys Kravitzes? (Bewitched, Google it..) What ever happened to the concept of MIND YOUR OWN BLEEPING BUSINESS?? Did that go the way of “Separation of Church and State”?? (Nevermind, different website) Let me tell you a quick story…

Ever heard of Mickey Mantle? One of the greatest baseball players of all time, right? Little bit of 50’s TV trivia, if you watch “Leave it to Beaver”, Beaver has an autographed photo of a baseball player on his dresser. It’s Mickey Bleeping Mantle. True story, check it out next time. Mickey Mantle was a hero to millions of boys in the 50’s. He was also a notorious womanizer and drunkard, who died of liver poisoning at age 64. But, to his fans, he was Mickey Bleeping Mantle. I think we, as a nation, have really lost something by knowing every single detail about a public figure’s life and I think it’s sad. Another quick example, can you imagine the rock group KISS having the same mystique if they were to come out in 2019? Paparazzi would hound them to death. You’d have pictures of their real faces on TMZ in about two weeks and the mystique is gone. And yes youngins, that was actually a thing in the late 70s, seeing KISS without makeup.

I guess my point here is that whether Tyler Skaggs died of an overdose or not, maybe it’s best to just let sleeping dogs lie instead of beating them into the ground for numbers or clicks or advertising dollars. Or maybe I’m just an old guy who remembers a different universe. And you kids get off my goddamn gravel. Okay, back to baseball…

So, I’m watching this game yesterday. At one point, the batter hits a soft liner to the third baseman. As the player is trying to make the play, he runs head long into a 275 pound tub of goo perpetrating to be a third base umpire. Player bounces off the Stay Puft Marshmallow Man, falls down, gets up, goes AROUND the umpire and retrieves the ball, which ended up as a double. Meanwhile Tubby the Ump is waddling away from the scene as if to pretend that didn’t really just happen. The announcers didn’t mention it but I’m pretty sure somebody at the league office said something like “Hey George, work in a Slim Fast once in a while, will ya??” I’m sure it’s on Youtube someplace if you look. Funny as all hell but, there’s a point to this.

Remember a couple years ago when Eric Byrnes from the MLB Network worked as an ump for a game, using technology to call balls and strikes? Worked out pretty good, didn’t it? Why can’t we do that now? Yeah, I know, the umpire union would go ballistic. But here’s my idea, hear me out. You keep the home plate ump for calls at the plate and what not. You set up a system like EVERY TEAM has for their broadcasts with the little box thing. (You know what I mean, right??…good) Set up a pole in back of the plate with two lights. Green is ball, red is strike. No arguing, you throw the pitch, it registers, the ump makes the call. Utilize the technology you have at hand, it’s the 21st century fer crissakes!!

Oh, and I think the defensive shifts suck. Fight me.

Okay, so that’s enough. Went WAY over…again. I’m gonna go home, eat a crappy chicken salad sandwich (Who puts cucumbers in chicken salad? What is WRONG with you people?), come back here, bang out a half dozen new promos for the JT The Brick show (Weekdays 4-6p on Fox 98.9 and 1340..You should listen, it’s better than every other show in town), and hopefully I can get outta here so I can watch the Sox get killed by the Dodgers again (11-2, goddammit dude). I’ll write some more after the trade deadline passes in a couple weeks and we’ll see who did what and who’s in it and who’s not. Provided I don’t end up in rehab again. Long story, don’t ask…

Thank you all for reading my nonsense and I hope you enjoyed it. Later…