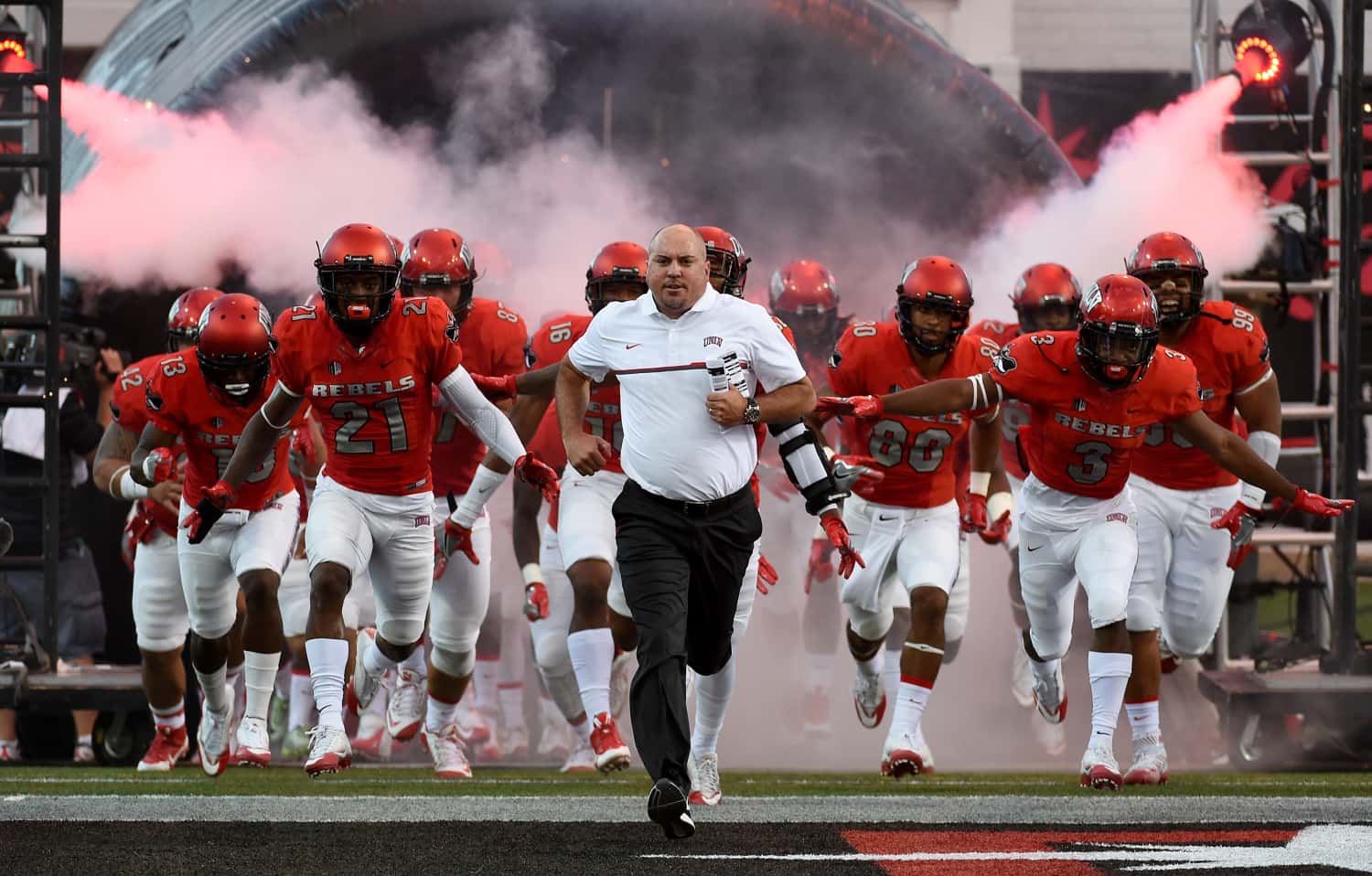 If preseason predictions are correct, Tony Sanchez’s job will be in trouble.

UNLV was picked to finish fifth in the Western Division of the Mountain West. The division’s fifth place team has finished at either 3-9 or 4-8 in every season since the Mountain West switched to a divisional format in 2013.

With two power conference opponent’s, UNLV will likely need to finish at least third in the division at 4-4 to make a bowl game.

The senior has started 36 straight games at right guard for UNLV. The Rebels have ranked in the top 20 nationally in rushing yards per game in all three years Polu has started.