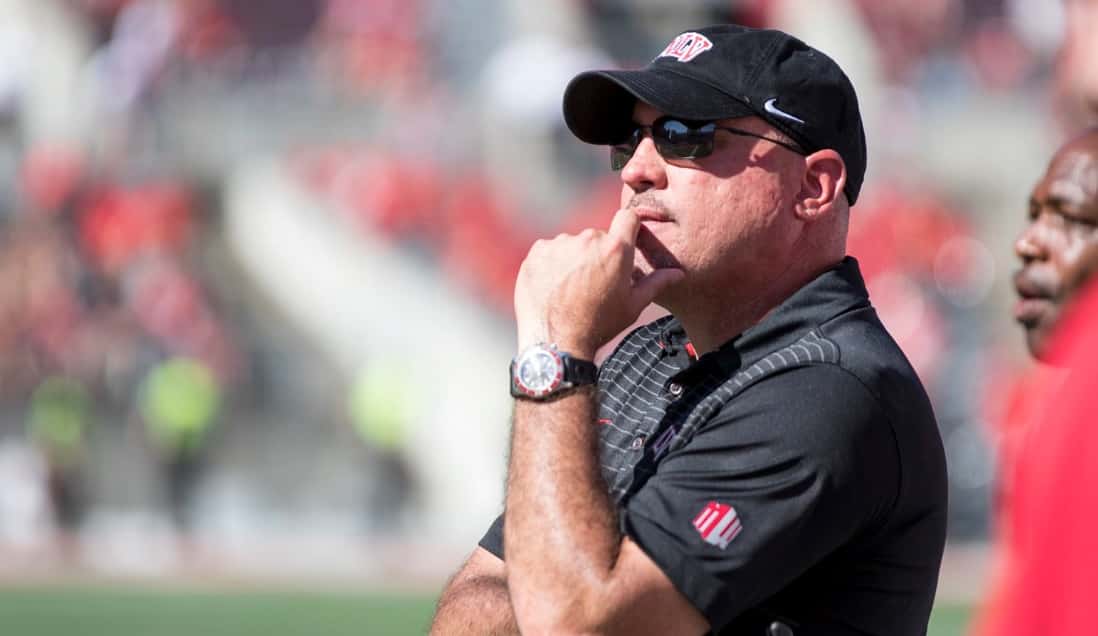 Following a four-win season in 2018, Tony Sanchez was given a clear expectation for 2019: Get UNLV into a bowl game.

Following a 37-17 loss at Colorado State, that expectation will not be met, as the Rebels are now 2-7 on the season. The blowout loss has brought Sanchez’s job security to the forefront, as athletic director Desiree Reed-Francois said in a statement last November: “We are looking forward to a successful 2019 football season including bowl eligibility.

With seven losses, UNLV’s only hope at a bowl game is for their to not be enough 6-6 teams to fill out all the bowl games this season.

Less than five minutes into the game, UNLV was down 14 points; they never got within two scores again.

The Rebel offense struggled, as they went into halftime with no points. But that can be credited to poor clock management, as the Rebels drove within two yards of the endzone before the second quarter clock ran out.

Tony Sanchez used his last timeout of the first half with the clock stopped on the final drive.

Over the course of the game, UNLV moved the ball on offense, but failed to turn the yardage into points. Kenyon Oblad hit on 22 of 39 passes for 280 yards. Plus Charles Williams added 83 yards on the ground, as UNLV ran for 107 as a team.

Defensively, UNLV struggled to tackle again, as Colorado State ran for 174 yards and starting quarterback Pat O’Brien threw for 234 yards on 17 of 27 passing.

The combined effort from the offense, defense and special teams led to a blowout loss and sealed UNLV’s fate for 2019.