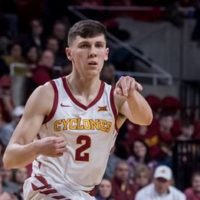 UNLV’s roster is already overloaded, but there could be one more incoming player for T.J. Otzelberger in 2020.

After re-opening his recruitment, Grill went on to choose Iowa State over UNLV. But after one season in the Big 12, Grill has entered the transfer portal.

Check out this clip from Technically Correct on Caleb Grill and UNLV.

Could Caleb Grill reunite with T.J. Otzelberger at UNLV? pic.twitter.com/QfVQh4GKEe

You can listen to the whole show by clicking here.