Did you grow up playing baseball on a weird field? Some of these may take the cake!

Relive that memorable day here with a condensed version! And if you want to watch the complete broadcast of the game, join Tyler Bischoff tonight at 7p as he is live streaming the full game (with awesome 1990 commercials)!

The 103 points are still the highest ever scored by a team in the title game.

We will watch this title game tonight at 7 pm here on Twitter/Periscope. pic.twitter.com/j4CbyrWLXa

Today should have been opening day in MLB and we all hope it will come later this year, until that time here some baseball pics from hosts, producers and staff here at ESPN Las Vegas, Fox Sports Las Vegas & 920 The Game to help you through today. 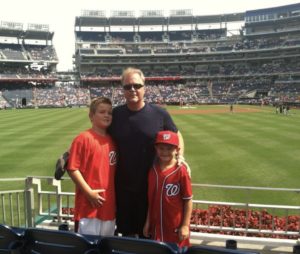 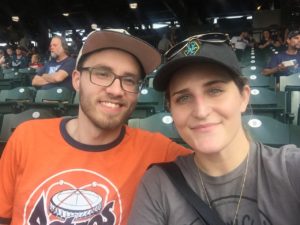 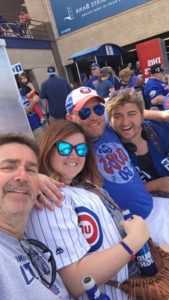 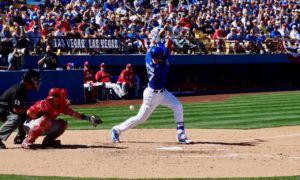 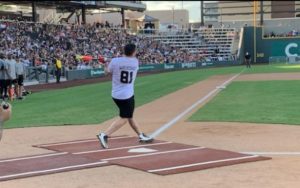 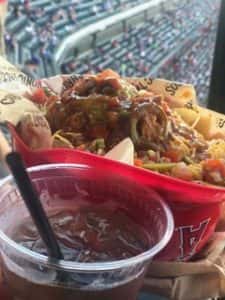 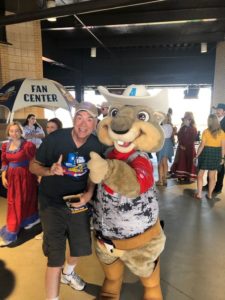 It’s National Puppy Day! That’s something we can all get behind! Here are some of the pups (and cats) from hosts, producers and staff here at ESPN Las Vegas, Fox Sports Las Vegas & 920 The Game! 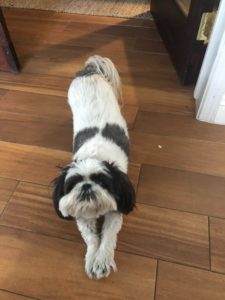 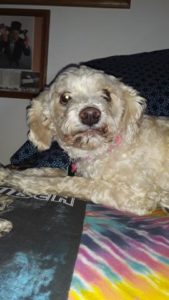 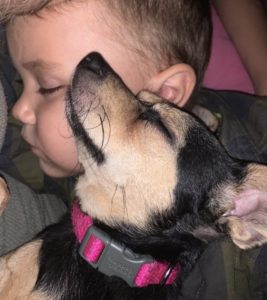 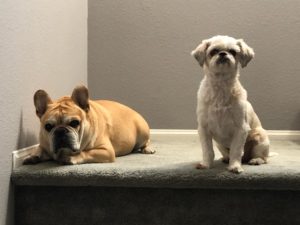 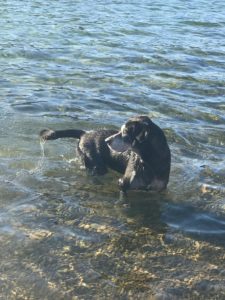 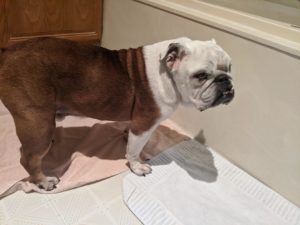 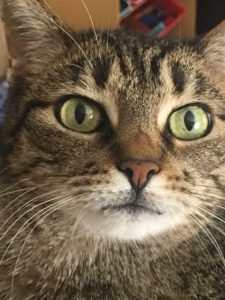 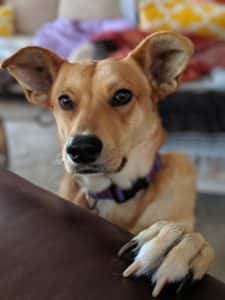 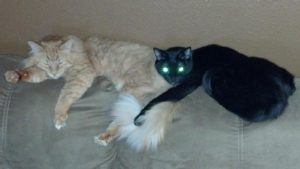 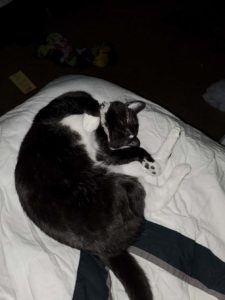 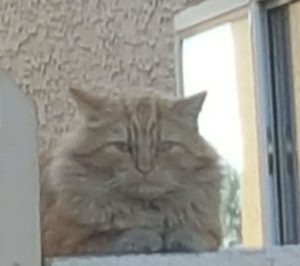 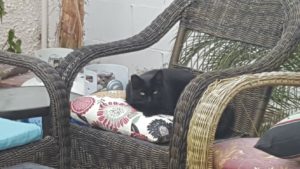 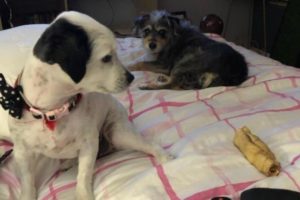 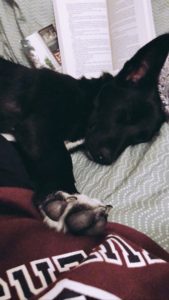 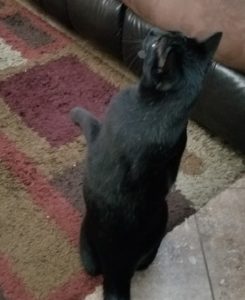 Robin Lehner took a slap shot off of the chest in yesterday’s shutout win over the Devils. Ouch!

When you take a slap shot to the chest… worth it tho.🙏 god is good. pic.twitter.com/3jrW6IDOyN

It was an emotional day at Staples Center as the basketball world gathered to remember Kobe and Gianna Bryant. Here are some of the best moments:

"God knew they couldn't be on this earth without each other. He had to bring them home to have them together."

Vanessa Bryant gives her emotional tribute to Kobe and Gigi 💜💛

Shaq with an EPIC Kobe story:

Michael Jordan brings down the house:

MJ during his tribute speech for Kobe: ‘Now I’ll have to look at another crying meme’ 😂 pic.twitter.com/HOv8XwYeiy

Beyonce opens up the memorial service:

“I’m here because I love Kobe.”

Rob Pelinka was texting Kobe the morning of the crash.

Mamba was trying to get a friend’s daughter an internship with a baseball agency.

Did Steve Cofield eat the most disgusting meal of all time?

Thanks for the inspiration Coach Mark Richt.

Is this the most disgusting meal ever?

Thank you for voting.
You have already voted on this poll !
Please select an option !
View Results Hide Results

The Astros are praying that this whole mess of a sign-stealing scandal goes away. But they are in for a rude awakening. Here’s last years National League MVP Cody Bellinger going off on the Astro’s “apologies” from yesterday:

You can see how visibly pissed Cody Bellinger is when talking about the Astros pic.twitter.com/QUXiNwzbxd

Clayton Kershaw on the #Astros: "Some of those guys said the right things, gave a good apology. And that's great. I'll move on with that. And then you get the owner up there saying some dumb stuff and it's like, 'What's going on? How can you be that ignorant to the situation?'"

Houston Astros Owner Jim Crane spoke publicly today for the first time since the team’s sign stealing scandal was uncovered. He offered up a heartfelt, passionate apology. Just Kidding. He offered up what may be the worst apology of all time!

Astros owner Jim Crane: “Our opinion is this didn’t impact the game.”

Alex Bregman: “I am really sorry about the choices that were made by me team, by the organization and by me. I’ve learned from this and I hope to regain the trust of baseball fans.” pic.twitter.com/wvv06WPU7M

More from today, including some current MLB players offering their opinions:

"Our opinion is that this didn't impact the game." – Jim Crane

"So then what are you guys apologizing for?"
"We're apologizing because we broke the rules."

Astros owner Jim Crane and @MarlyRiveraESPN went back and forth during the team's news conference. pic.twitter.com/2hdR1sFGcd

VIDEO: Amazing candor from Carlos Correa, calling ‘BS’ any anonymous report that Carlos Beltrán intimidated young players and that they were not allowed to speak up. pic.twitter.com/BWXzsbQvIa

This dunk is WILD 😮

The “Tom Brady to the Raiders” rumors continue to swirl, and they were given another kick start today when Zolak and Bertrand discussed Tom Brady buying a new house near Red Rock Canyon. We cannot confirm this to be true, but take a listen to what they had to say today on 98.5 The Sports Hub in Boston (It begins at the 31:40 mark):

Watch this 2017 feature in Louisiana about the four-star prospect.

Love the San Diego State-UNLV rivalry? Here are some of the great moments from games in the past.

In 2013, Dave Rice got an 82-75 road win at San Diego. Anthony Bennett and Mike Moser sat in the final minutes while Anthony Marshall took over the game with 20 points.

UNLV won at home 72-70 that season too. The Rebels pulled off the season sweep.

The Rebels last win came in 2018 behind 42 points and 18 rebounds from Shakur Juiston and Brandon McCoy.

The Runnin’ Rebels host the undefeated, No. 4 San Diego State Aztecs Sunday at the Thomas and Mack Center. Our own Steve Cofield was down at practice today as UNLV prepares for their biggest test of the season. See what Coach Otzelberger and Guard Amauri Hardy have to say about the upcoming match-up!

VIDEO- With San Diego State on deck, UNLV coach TJ Otzelberger says finishing at the rim will be massive on Sunday.

Nick Blair has done a good job in the paint. Mbacke Diong and Donnie Tillman need to improve. pic.twitter.com/t50ZWv7PdE

The Aztecs defense is the KenPom No. 8 defense in the country. Rebels guard Amauri Hardy talks about ways to attack that D. pic.twitter.com/jebslu2GGe

You thought Tony Romo predicting upcoming plays as a broadcaster was impressive? How about 49ers Head Coach Kyle Shanahan predicting a holding penalty to a ref, who then throws a flag!

When you have a Coach who knows exactly what’s going to happen before it even happens .. there is nothing to worry about. #6 is comin’ soon !! #GoNiners pic.twitter.com/VEV4EEk1Zy

The NFL Draft is making it’s way to Las Vegas on April 23rd, and it’s going to be one of the biggest event’s to hit the strip in years!

Check out some of the plans that were announced today, including draft picks arriving to the stage via boat!

Another view of the Red Carpet stage. The area on the Las #Vegas Strip in front of the @Bellagio will provide a great vantage point for the public wanting to see the @NFLDraft and the players headed to the @NFL. #NFLDraft #NFLDraft2020 pic.twitter.com/1FBztJlOvx

This in an overview of the area where the @NFL Draft Experience, Theater and viewing will be located. It's a short distance to a number of Las #Vegas Strip hotels and new @CAESARSFORUM Convention Space. #NFLDraft #NFLDraft2020 @NFLDraft pic.twitter.com/zyWlMl1lyQ

It’s getting closer and closer. The AL is set for completion on July 31. Las Vegas Raiders coach Jon Gruden was blown away during his tour this week

"You gotta see this to believe it."

Coach Gruden was fired up to tour our jewel in the desert. pic.twitter.com/hRqP6p0d6I

When Tom Brady leaves the Patriots, where will he land? According to Adam Hill, after a conversation with UFC president Dana White — drumroll — it’s the Las Vegas Raiders.

Just talked to Dana White after the press conference. He absolutely believes Tom Brady to the LV Raiders has legs. White is a longtime Pats fan who has a relationship with Brady and is a suiteholder at Allegiant Stadium. Also says Mark Davis is one of the nicest people in sports

Listen to Adam explain why White’s “scoop” is believable:

Did you miss Boyz II Men performing the National Anthem before the San Francisco-Green Bay game? Adam Hill is #triggered because they wore 49ers jersey. Traitors! They’re from Philadelphia!!

No one performs the National Anthem with the same passion as African Americans. Think Jimi Hendrix, Marvin Gaye, Whitney Houston, and now Boyz II Men. Still, African Americans must fight for our claim to the American story.https://t.co/aXeswqEw9K

Dana White is a man of his word! White expressed outrage this month when Summer Tapasa, a former Best Buy security guard was fired for what many people thought was simply doing her job. The UFC president brought Tapasa out to Las Vegas and had her work around the event for UFC 246. Here she is playing potential peacemaker as Conor McGregor and Donald Cerrone did their ceremonial weigh-in staredown:

Tapasa got plenty of attention in football circles where the prevailing though was that she could offensive lineman in the league!!

That’s 7-of-8 for UNLV basketball after a 99-78 victory over New Mexico on Saturday afternoon. The Runnin Rebels (11-9, 6-1 MWC) threw down some spectacular dunks and ran for much of the game scoring 58 points in the paint. Sophomore Bryce Hamilton had a career-high 35. UNLV has scored 197 points in the last two games. Coach T.J. Otzelberger talked about his team’s transition game and if they can keep it up moving forward.

Here’s sophomore Marvin Coleman, who posted the program’s first triple-double since 1999, hopping with the CBS Sports Network crew. The point guard had 11 points, 12 rebounds and 11 assists. 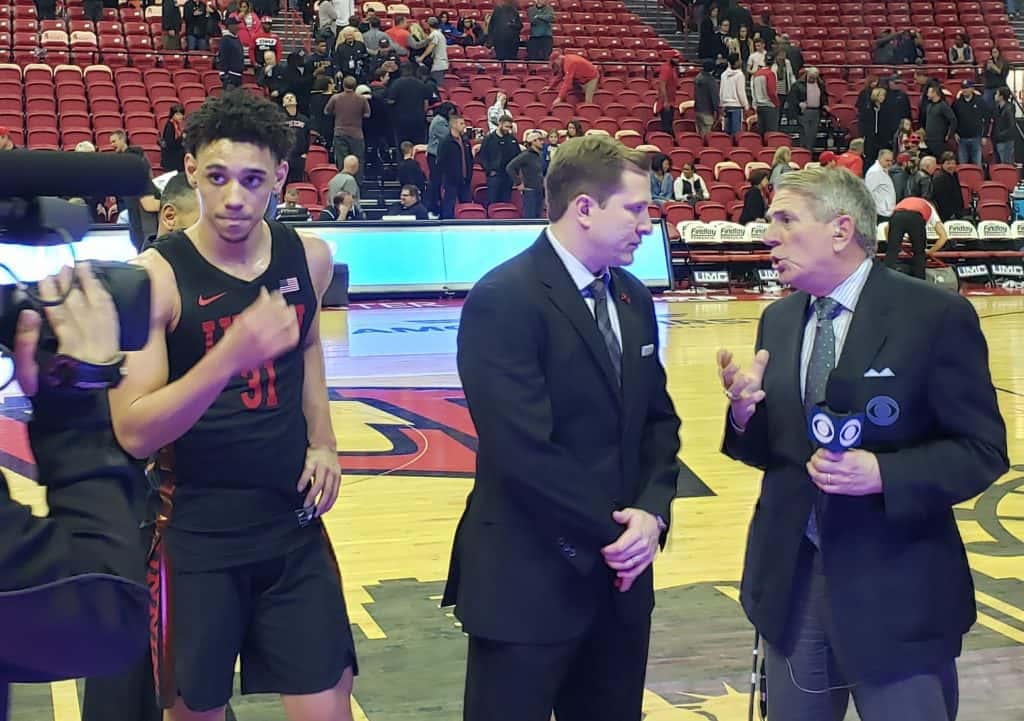 Former MLB Pitcher Jack McDowell shared his thoughts on the @MacAttackWFNZ on the Astros cheating scandal, plus has a whistle-blower story of his own involving Tony La Russa…..@Buster_ESPN@Ken_Rosenthal @JeffPassan @JonHeyman @RealMichaelKay @Joelsherman1 pic.twitter.com/IHnGzm9zBW